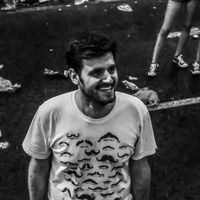 European wanderer. Relatively new to Copenhagen, I moved here at the end of 2019 but - due to the current situation and other factors - I feel like I've lived in the city for just a couple of months. As such, I'm looking to meet people to make some new friends.

I'm a positive person: I like to see the bright side of every situation, and always hope that the future will bring great things. I like people who can empathise, who are caring, honest and transparent - because that's what I'm trying to be too.
Being from Naples I'm one who likes to live his life one day at a time, so don't expect me to be a planner!
I treat others with respect and I want people to do the same. I'm a feminist and if you have a problem with this don't get in touch because we probably won't get along well :-)

I started on CS with hosting, and I quickly fell in love with the concept. Now I host, surf and go to events, and I never miss the chance to spread the word about CS: I'm like an unofficial ambassador!

I usually have music playing near me 90% of the day, whether it is headphones, speakers, or me whistling.

I guess I can list my "job" as one of my main interests. And when I say "job", I mean it in its many declinations: I love to organise events (like the GGJ) or teach. I love to be with people who are moving their first steps in game dev and help them, it's one of the most satisfying activities for me.

I do like movies, although I don't have an enormous film culture as some people do :(
I love to draw, although in recent years I've had less and less time to do it. But I still do it when I create graphics for my games!

And then music again

I'm a fan of Philip K. Dick's dystopian stories (and similar moods), so... Do Androids Dream of Electric Sheep?, The Man in the High Castle, The Penultimate Truth, Fahrenheit 451, A Clockwork Orange, Flatland, 1984, The Lord of the Rings trilogy, …

Brazil, Blade Runner, A Scanner Darkly, Memento, Hook, The Truman Show, A Clockwork Orange, The Science of Sleep, The Lord of the Rings trilogy, Fight Club, Man on the Moon, The Incredibles, Monsters &amp; Co., Star Wars (old trilogy only!!), The Nightmare Before Christmas, …

- Going out with colleagues in Seoul. Koreans are the warmest and funniest people ever.
- Visit the Alhambra in Granada. Those halls are a view you will never forget, trust me.
- Sat on a rock in Saltholmen near Göteborg. The Nordic sea can be beautiful in summer!
- The clock tower of Utrecht. Amazing gothic architecture!
- Eating sandwiches at "Tartino" in Gent, Belgium. Mmm...
- Snowboarding between the trees in Corchevel, France.
- Living in Napoli :-)

I plan to learn French, I'd like to meet some French-speaking person for a language exchange!
I'm also starting my journey to learn piano! I know, tough! Well, if you can teach piano, let's talk :)

I can help you practice Italian, English or, if you're not aiming to be native speaker just yet, even a bit of Spanish.