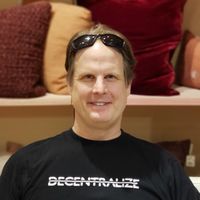 I am open to last minute couch requests, will host if we have space.

I am an easy going, curious being with a desire to make the world a more playful, caring, and growthful space.

I savor the surreal, value right relationship, struggle with silence, and sound out for serendipity, all the while seeking good stories.

I host people visiting Washington, DC, as well as attending some of the Happy Hour events.

In April 2006 I was in Europe and couch surfed in Oslo, Norway, St. Andrews, Scotland, Birmingham, London and Glastonbury, England. Thanks to all my friends who put me up! Wonderful being hosted in Ojai, CA and San Jose, CA!

Being at Burning Man, Having great contact improv dances, TED talks, Serendipities. Got struck by lightening.

I'd like to learn more about Acupuncture &amp; Acupressure, as well as Ayurveda, and Tantra, and Kamoflight