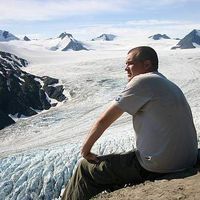 I love people and interacting with them. I may ask you a million questions. I want to see some of the world while I am young, with the help of others. I look forward to repaying a lot of debts when I am older and in a more stable position.

I am the co-founder of TechnicallyPhilly.com, a news site that covers startups, VC and the broad technology community of Philadelphia.

The world is only as kind as your last good deed.

I couchsurfed through a swath of Europe in October 2008 - making stops in all the major cities and some smaller. I was hosted by great folks in Zurich, Switzerland; Miskolc, Hungary and Budapest, Hungary.

I backpacked through Italy March 2007 and made extended stops in Venice and Florence.

In the past, I opened up my first rowhome in Philadelphia, my hostel apartment in Harrisburg, Pa. and an apartment.

The Great Wall of China; the sunrise over Mount Fuji; Hiking a glacier in Alaska; bike-riding in Zurich, Switzerland; eating in Budapest, Hungary; hiking the Grand Canyon; running with the bulls in Pamplona; trad singing in Ireland; Walking Center City Philadelphia in Christmastime; camping out on Playa Ejectiva on Contadora Island off the coast of Panama