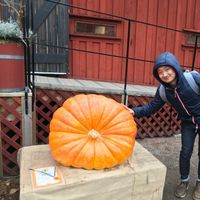 I do NOT host people who are racist and not LGBTQ friendly:)

你好/Hej, I am Jiazhi ( Sean) . I like to travel and meet people from all over the world !!!

I'm a down to earth, respectful, independent, easy going and open minded, and addicted traveler.

I got this webite from my friends,I really like this kind of way to meet local people and know

I like travelling and making friends from all over the world.I like the feeling of on the way and tasting delicious food. And I like studying foreign languages~

.
Almost one-year journey in Australia from mid 2016 to mid 2017.
Watched the northern lights in Northern Sweden in winter, 2014.
Diving at the Great Barrier Reef in OZ in February 2017.
Got my first fern tattoo in Christchurch, NZ in December 2016.
Watched the sunrise in Angkor Wat, Cambodia in March 2016.
First time to nude beach in Sydney in March 2017.
Climbed the Sydney harbor bridge in March 2017.
Went around the Ayers Rock in April 2017.