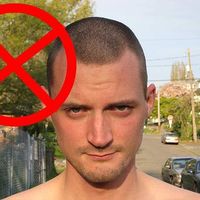 My plan is to have no plan

I just landed in Berlin, in the process of settling down here as of July 2013. Right now I'm only open to hosting existing friends or connections.
I spent 7 years or so wandering around, most of the time working online. Now I'm entering a new phase of greater stationaryness in Berlin. It's a pretty awesome city so far.If you're so inclined you may read 10 years of archives here: www.callum-macdonald.com

My plan is to have no plan.

I try to live according to a Buddhist inspired philosophy. I try to do unto others as I would like them do unto me. I try to be ethical in all my dealings personal and professional.

I'm inspired by the idea, imagine if we approached every person we meet with the thought, "I want you to be happy". Wow. Saw it here.

I host, I surf, I help with local events, that sort of thing.I am opposed to the for-profit status of CouchSurfing. I believe the web site, the community, the momentum, the whole thing, was built by volunteers who believed that the organisation was non-profit and democratic. If you want to know more, I recommend reading the OpenCouchSurfing campaign web site.

I've hosted or been hosted a couple of hundred times over more than 6 years across five continents. I've hosted a lot, surfed a bit.

I really get a kick out of people. Well, a lot of people anyway, not everyone to be honest, but many.

I try to keep up my daily meditation and yoga practice. The daily practice keeps me centred, it's been a powerful thing.

I try to prioritise, in order:
Sleep
Meditation
Diet

I read mainly non fiction books. Most of my reading is around topics like spirituality, Buddhism, psychology, business, marketing, the human mind.

I seem to watch less and less television and movies as time goes on.

I listen to all sorts of music. I'm not particularly focused on music so I download music as I happen upon it.

I have met wonderful people.

I visited Bulungula, one of the most inspiring locations I have seen anywhere in the world. The place, the people and the lodge itself are amazing.

I try to be open to the amazingness of this very moment, the now.

I can teach traditional Scottish country dancing, known in Scotland as ceilidh dancing (pronounced kaylee). The simplest dance is called the Gay Gordons and is really very easy to learn... :)

I work with WordPress and WordPressMU (blogging software) and I'm familiar with PHP, HTML, CSS and a little Javascript. I'm happy to share these skills.

I'm very much interested in diet and health. I have a great deal to learn on these topics. I think this will be my focus for a while.