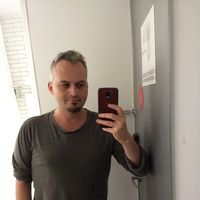 Just moved to Lima setting in and exploring the city

I'm from Scotland but I've been living in Asia for several years, just moved to Lima

I'm a teacher and a writer (Send me a message if you want a free ebook copy). I write spiritual science fiction. Which kind of sums me up well: I'm half hippy half geek -- I like meditation and Star Trek. I teach computing as way of making to survive.

Have host and stayed with a few people. Feel free to ask if you need a place.

Books:Paradigms, Bardo, The truth about faeries, The PM (yes these are mine).
Also like: Herman Hesse and Terry Prattchet

Films:The perks of being a wallflower, V for Vendetta, Fight club, Eternal sunshine of the spotlessment

Seen a lot of the world. Wrote some books. Climbed some mountains. Dived. I think India was the place I liked to travel to most. China or Indonesia have been the best places to live. - lets see what Lima has to offer.

Place to stay and some tips about getting around.