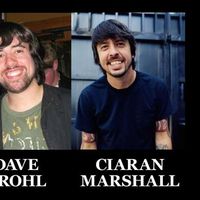 A three month adventure in the US of A, ending in December...

I'm a curious person, interested in learning about most things and people. Love traveling but am surprising bad at it.

hmmm don't really have one, don't like to preach

Nada, but Im eager to get involved, share experiences and meet new and interesting people.

Currently watching Breaking Bad but who isn't? Most books I'm reading these days are to further m studies in medicine, and I own a few foreign language dictionaries.

Recently returned to Vegas from Death Valley and the Grand Canyon, hands down, the best hole I've seen on earth. About to embark on another roadtrip, this time camping out in God knows where 04.11.2013

Well I'm new to CS and I haved limited experience when it comes to travelling, though in saying that I have seen much of mainland Europe and enjoyed the occasional trip to London. I can tell all on my life in Belfast, Ireland and what I know of history. Throw in a few jokes and thats pretty much me in a nutshell.