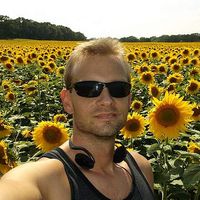 Mission? Hmm, to learn as much as possible and pass on that knowledge to as many as possible.

Someone once told me that I set my expectations for myself too high, and that's why I'm never satisfied with my life. But my response to that is that I would rather set my expectations so high for myself that even if I never reach them, I accomplish great things during the struggle. I'd rather aim for Mars and only reach the Moon than aim for the couch and hit it.

I'm a Pragmatic Existenialist. I believe that this life is the only one we have, no afterlife, no magical, mystical land to run off to when I die. This has put my life into perspective, and while I realize that my own personal life in insignificant in the grand scheme of the universe, Humanity itself is my legacy. So, I have always lived my life with the desire to further humanity as much as possible while I am here.

Here's a quote from Teddy Roosevelt that kinda sums up my outlook on life:

"It is not the critic who counts: not the man who points out how the strong man stumbles or where the doer of deeds could have done better. The credit belongs to the man who is actually in the arena, whose face is marred by dust and sweat and blood, who strives valiantly, who errs and comes up short again and again, because there is no effort without error or shortcoming, but who knows the great enthusiasms, the great devotions, who spends himself for a worthy cause; who, at the best, knows, in the end, the triumph of high achievement, and who, at the worst, if he fails, at least he fails while daring greatly, so that his place shall never be with those cold and timid souls who knew neither victory nor defeat."

I host travelers and offer advice to those who seek it... kind of like Yoda in Empire haha I'm also a big believer in the movement... Couchsurfing, 5 million strong!!!!

I read all the time, so it's hard to pick just a few books:

I've stared death directly in the face. I don't mean in the immature "I drove my car fast" or "I went skydiving!" way, but in the very real, uncontrolled and scary way.

A story I may share sometime if you ask me :)

If you'd like to learn about how my charity is helping the environment and marginalized women in Latin America, please visit us at:

Some of my published articles on Latin America