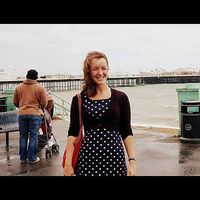 I am currently travelling about working for NGOs, I focus on gender equality. I like fresh air, sunshine, talking, reading, walking, running, swimming, eating, drinking and so on. I love coffee, tea and chocolate. I love music, dancing and partying in most shapes and forms.

People are different but all equal

I am interested in language and cultural exchange. I am all about cooperation and believe in humanity.

Will read most things, but like classics (vintage and modern)
I like most music, especially for dancing
Films- world cinema, most dramas, screenplays and classic comedy

Being close to people I care about