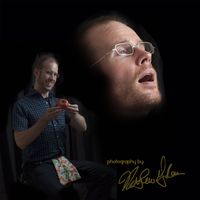 * * * * * * * S T O P! 停止! * * * * * *
Read my whole profile and view my reservations section before you ask about surfing with me.
If you are looking for a free hotel room and little more, kindly go away and delete your Couch Surfing profile. This brilliant community doesn't need people like you.
Couch Surfing Tips

Look here if you only need a place for one night:

Continue 進む: Stay with me! I'm a fairly easy going Canadian who loves to entertain and learn about the lives of others. That said, I am 35 and have a certain way of cooking that you'd best not disrupt if I'm cooking for you! Love to have visitors and enjoy sharing stories and passing time. I'm always interested in sharing music with guests and hope you bring some audio files that you can play for me or, an instrument (I have two melodicas, a violin and a viola) so we can jam.

Give.
Try anything once.
Remember the good and try and forget the bad.
Live as simply as possible.
Appreciate now.

I love meeting people and sharing stories bridging distant and closer lands. I'm delighted by my first experiences and look forward to more in the future. Thank you for your interest in me!

PRATCHETT, Terry, Small Gods. SHARMA, R. The Monk who sold his ferrari. ORWELL, G. Animal Farm. MARTEL, Y. The life of Pi. SEUSS, The Lorax. KAZUO ISHIGURO When we were orphans. The OED. Currently near the end of: MURAKAMI, H. Kafka on the Shore. KABAT-ZINN, J, Wherever You Go, There You Are.

After a rewarding climb to the top of a mountain in Banff, Alberta, I found myself hearing a sort of screaming insect near my ear. After noticing my hiking poles arcing with faint bolts of electricity, I quickly realised that the sound I was hearing was energy from the sky passing through me into the ground.

Wanna learn how to make your own yogurt with cooking supplies you already have? I'm your solution. I can try to help you be more comfortable being honest and am learning about living simply with Buddhist principals in mind. Maybe you can teach me how to remember better and have more respect for time.

Advice on minimalist living. Easy vegetarian meal ideas. How to get the most out of your stay in Toronto.