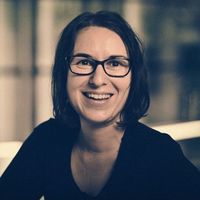 Hey! My name is Zsófi. Over the last couple of years I've travelled extensively. I studied and lived abroad, went backpacking across Europe, SE-Asia and Australia, spent my Erasmus scholarship in Italy, had an Erasmus internship in Lisbon, worked full time in Prague and in Porto.

I came back to Hungary in summer of 2018 and since then I've been working and living in Budapest.

I still want to travel in the future, especially to Asia, though I don't want to leave Europe if I only have couple of weeks available, so it'll be a bigger project when I'll have the time and money. Till that happens I'd like to meet interesting travellers from around the world who will bring travel back while I'm staying at home.

To meet interesting people. I've been hosted several times around Europe and also in SE-Asia. I also hosted some travellers in Prague when I was living there.

I can give you travel tips, interesting places to visit, etc.

I can cook Hungarian dishes :)