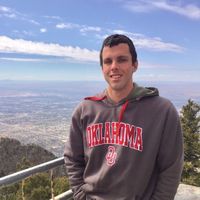 WHO AM I?
I’m a graduate student who likes to travel. I have a degree in geology (you could say that it rocks) as well as in geography, and I play the bagpipes in my spare time. I’m interested in meeting new people, experiencing new things, and seeing what the world around me is really like through the people I meet traveling. I've also been known to throw rocks down ice and to throw myself out of planes.

BACKGROUND: Having gone on a good number of trips with my parents when I was younger, I’m now interested in exploring the world on my own-- seeing what’s out there, meeting new people, and experiencing the local area and culture to the fullest extent that I can.

COUCHSURFING EXPERIENCE: I've stayed in a small town in eastern Vermont, USA while traveling to visit friends. Along the way, I made another friend-- my Couchsurfing host, Conrad. I've met an indie rock band (Mighty Brother) in Oklahoma, whom I found out about solely through the Couchsurfing app.

TOTAL SOLAR ECLIPSE: On August 21, 2017, I stood in a field outside of the town of Fulton, Missouri and watched the Moon slowly slide in front of the Sun over the course of a couple hours. For about two and a half minutes, the Moon completely blocked out the Sun, in what’s called a total solar eclipse. This is easily the most amazing thing I’ve ever seen. If you have the chance to travel to see one, do it! It’s worth it! I could tell stories about it for hours.

WHAT I CAN OFFER: Please help me put my college/university degree to good use by asking me questions about rocks and/or maps. Also, chances are that you either love or hate the sound of bagpipes— so while I might not play them for you, I’ll gladly answer questions you might have! I also have several travel stories to tell, and wouldn’t mind brushing up on my French. Merci!