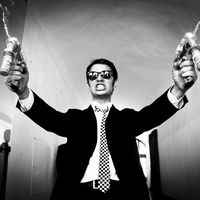 AAA. Hey beautiful people, having some health issues so it will be really hard for me to host at the moment. Take care and happy travelling!

make films. hope somebody gives me money for them.

I am a Neapolitan/English actor and filmmaker living in Naples. I grew up here but travelled around a bit and lived in England and other cities in Italy. I love watching films (personal record: 5 in a row) and making films, food (eating it and cooking it), music, telling and listening to stories and in general talking with anyone about all sorts of stuff.

I offer my couch. People sleep on it. People offer me couches. I sleep on them.
I've been hosted by lovely people in Romania, Finland, Greece and Thailand. Hosted lovely people from Russia, Slovakia, Turkey, Italy and the US. Hoping to host more lovely people.

i've slept on many couches, floors, in villas from the 1700 and warehouses without roofs.
Since i was a kid my house has always been open for friends and friends of friends as well as strangers. Many times the floor in my house resembled a living carpet.
I'm currently transitioning towards documentary filmmaking and planning to travel quite a bit in general. I love to stay at houses of local amazing people instead of being in a crappy motel room by myself.

I think I have a good sense of humour, I like to share my experiences and listen to what stories people have to tell. I don't poop in beds, I can cook!