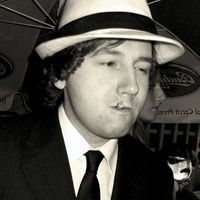 we have just folded space from Ix, many machines on Ix, new machines

Dune "Father! the sleeper has awakened!"

"Teach us that wealth is not elegance, that profusion is not magnificence, that splendor is not beauty."

"I never deny. I never contradict. I sometimes forget."

"A consistent soul believes in destiny, a capricious one in chance."

"We are all born for love. It is the principle of existence, and its only end."

"Time is precious, but truth is more precious than time."

"Truth, like gold, is to be obtained not by its growth, but by washing away from it all that is not gold."

appeared in the marvel movie Captain America: The First Avenger

My knowledge is very very diverse, interconnecting many subjects, humility is the highest virtue :)
Knowledge is knowing where the ledge is so you don't fall off

all the secrets of the universe