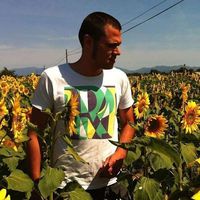 Always willing to help whenever I can. I love couchsurfing because I believe in adventure and kindness.
I could say many things but actions speak louder than words

I'm in couchsurfing because I think it's a great idea. What I like the most about travelling is getting to know the place where I go, it's culture and it's people beyond touristic guides. And how can you do that better than staying with locals?

I want to learn at least two more languages.
I love to hang out with friends, to travel, to learn, to read,....
I like yoga, running, climbing, canyoning,...