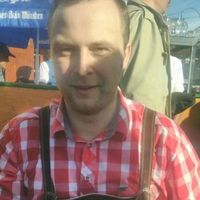 I am an open minded individual, interested in learning new things. I spent most of my life in Heidelberg and studying in Switzerland. In my free time I study again, this time industrial engineering, because I like to know how the technology works we are surrounded by. Unfortunately I only speak a little bit of french, italian and spanish instead of one of those languages properly, because i started to learn each language, but was not disciplined enough to get the words and grammer stuck in my had.

In a few months I am going to move to my new appartment. Unfortunately I do not have space to host anyone at the moment.

I just started to join and hope that somebody relies on my willingness to become an encouraged member, although I do not have any credentials at the moment.

Waterfalls of Iguazou, Niagra falls, North Cape, crocodiles in the amazon river, alligators in the everglades, stuck in the tunesian desert, volunteering in ghana, lost wallet in switzerland, ate 6 sausages filled with cheese in austria within ten minutes,