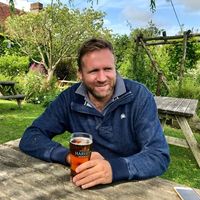 CURRENT MISSION To continue to travel as much as I can and to meet as many interesting, thoughtful and empathetic souls as I can. ABOUT ME I am half English and half Australian - grew up in England and did university in Australia. I love to live abroad and travel and so far have lived in Kenya, Australia, Japan, Hungary, Canada and France when I haven't been living in England which is home. So I'm pretty open minded, easy going and adventurous. Just to add, don’t be confused by Doddy and Alex written in my profile...I am both. I have an alter ego. Not really, one is my nickname and one is my first name. Gold stars for those who guess which is which. PHILOSOPHY To explore, to learn and to grow. To make friends with people all over the world and to live in different countries too which I've already done a fair bit. Since I was 18 and left school I've lived abroad more often than not - which I never expected. It's funny the question below this box that says "why do you live your life?" I mean I live my life because it's better than being dead no? I think they meant why do you live the way you do!

I am looking to get more involved in couchsurfing as I think it is just very much the kind of community that suits my personality. I want to continue meeting more and more people from all over the world either by hosting, staying with others or just meeting at events. I think the concept is a fantastic one.

I have hosted several surfers now and really enjoyed it. I've also been to a couple of couchsurfing events and just want to continue getting involved in it as much as I can.

I like to hang out with all my surfers as much as I can as I really enjoy it. It’s a nice break from the mundane, and also I love learning about different cultural backgrounds and ways of thinking about and seeing the world. I may however not have time to hang out which completely depends on the timing of your request/visit. If I can’t host it’s likely it’s bad timing for me for one reason or another.

As couchsurfing gets bigger I have been noticing first hand (and also hearing second hand), that people are starting to use it like a hotel and taking advantage of hosts generosity.

If you wish to stay with me write some detail in your message about yourself and why you want to stay with me specifically. No massive essay needed but some effort please. And include the word 'indubitably' (one of my favourite words) in your request either randomly or seamlessly and it will do your chances no harm at all and obviously prove you read my profile!

And another thing to add, if you request and we exchange messages, please make sure you actually turn up. I’ve had a few people recently exchange lots of messages and then just not turn up. And often not even tell me they’re not coming or why. If you’re not a polite and considerate person then please go and stay with someone else. Remember that for me to host you I am making changes to my life and allowances to fit you in, so please behave with the according respect that this deserves. Also remember that if I accept you there’s a good chance I’ve said no to other surfers requests and also maybe cancelled or changed other plans I have. This again seems to be not appreciated at times with some potential guests and is very disrespectful of my time and my generally open attitude. I know sometimes plans change for whatever reason but have the decency to tell me in good time without me having to ask you first. I guess I’m one of those crazy and unfashionable traditionalists that believes in good manners. ‘Manners maketh man’ as my headmaster used to tell me.

Finally, I do host guys but I have been a lot more cautious about this. That’s why a lot of my references are from females. Hosting strangers is still hosting strangers and so I obviously feel more comfortable hosting females. I realise this is perhaps a little over cautious and I’m being more open now. So if you are a guy who has references and understand how this site should be used, I’d love to get a request from you!

One Flew Over the Cuckoo's Nest, American Beauty, The Motorcycle Diaries

Hamlet by some obscure guy called Shakespeare, 48' by James Herbert, The Alchemist by Paolo Coelho