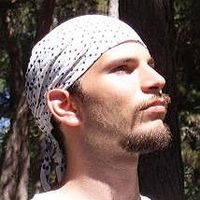 Getting to know the world better... and meanwhile entertain others
Accelerating the transformation of industrial civilization into Sustainable living..

I'm just a normal guy... (from some point of view that probably doesn't exist)

-I have several super-powers, for example: I go invisible immediately after someone has turned off the lights...

-I was 17th at the turtle smelling contest

And I just happen to know, that when i'll be able to say cheese while whistling, i'll probably have reached nirvana

luckily my Personal Philosophy has turned out to be not so personal, even though I thought it was for a while.. I might be on the right track.. :)

I'm one of those people who are working on a better world that supports all forms of life :)

Most of the things I've seen so far are amazing...