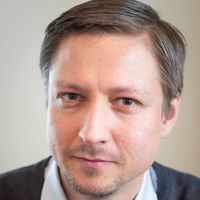 Cyclist, photographer, computer geek.. (though not necessarily in that order :) On top of those, I'm also a lot of other things. I work as a Product Owner at a small tech company while trying to get used to my new surroundings.

I like to cook, but I'm sometimes too lazy to bother. I do, however, bake my own bread from time to time. Music plays an important part in my life, though I neither sing nor play any instrument myself. If the conversation's flowing, I'm liable to forget about such trifle things as food and sleep..

I was born with a combination of congenital heart defects. As a survivor, with an outlook on living a full and rewarding life, I wish to share my experience and assist others who are perhaps not as well off.

I host whenever I can, and spread the word about CS. While I was the city ambassador for Turku I also participated in, and help organize, many of the local CS meets and events. While living in Brussels in the summer of 2011 I participated in a lot of meets and other events to get a feel for the CS scene there. Now that I've moved to Tallinn I'm taking my first steps in entering the Estonian CS crowd.

I also try promote well written couch requests, as well as complete profiles. These are, after all, often a CSers only chance at a first impression.

Here's where CS has taken me so far: I couchsurfed my way through northern Germany on my euro bike tour in July, 2007. In 2009 I also CSed during a brief stopover in London in April and again in Vihti in May. In 2010 I surfed couches in Porvoo (February), Helsinki (March), Tampere (April), Gothenburg (May) and in Berlin (July). My first couch in 2011 was in Amsterdam (May) which was soon followed by couches in Luxembourg and Antwerp (both in June). The last weekend in July I spent three nights in Saint-Ouen, just outside Paris. My surfing year of 2012 started with one night in Hämeenlinna (March), followed by a stop-over in Jyväskylä (July), and ended with one night in Milano (December). In 2013 I surfed couches in Gothenburg (April) and Tallinn (June). July 2014 saw me stay a night on a sailing yacht in Giżycko. Easter 2015 was spent on a comfy couch in Riga.

Between June 2009 and November 2014 I was fairly active in the local Turku CS community, going to monthly meets and helping arrange and host different events. After an almost two year stint in the Helsinki area I relocated to Tallinn, Estonia in October 2016. As you can see by my references, I've also hosted a bunch of surfers, and am hoping for many more.

Movies: Eternal Sunshine of the Spotless Mind, Full Metal Jacket, The Hurt Locker, Inglourious Basterds, Léon, Pulp Fiction, Schindler's List, Something the Lord Made, Stand By Me, The Shawshank Redemption..

I can teach basic to semi-advanced photography, including some post-processing of digital images.

I also try to spread the word about children living with congenital heart defects. Should you want to read up on my particular version, Cincinnati Children's Hospital has a great knowledge base: http://www.cincinnatichildrens.org/health/i/iaa/

WiFi, the possibility to do laundry, potentially a light breakfast