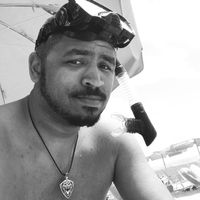 I'm outgoing, friendly and spontaneous. I like to have fun, meet new people and make awesome memories.

I live by two primary ways of thought. "Treat others as you would want to be treated" and "You never know until you try".

I both host and surf.

I surfed and hosted and have been able to meet some of the most interesting people I’ve met because of it.

Too many to name.

I'm very knowledgable about the local and extended area. I don't mind being a tour guide if I don't have to work.