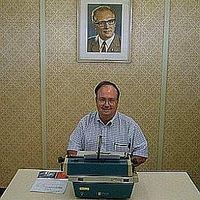 NOTE that my location, though listed as Kensington, is at the north edge of Berkeley, only a few kilometers from the university campus.

As a free-lance writer making sports reports from European competitions, I have a complicated schedule when traveling, as well as many days free without a competition to report on. I like to explore countries I have not experienced before. In fact, I have been making it a point each year to spend some time in a locale I have never been before, even if I don't have work there. In 2009, it was Belarus and Ukraine. The next year, Albania. In 2011, Rostov in southern Russia. Last year, Iceland, Malta and Moldova. This year? Who knows? I'm hoping to finally get to Cyprus, which is the last notable European country I have not visited.

visited 58 states (25.7%)Create your own visited map of The World or Like this? try: Canned laughter

I also own half-interest in a Berlin flat where I like to spend some time each year when there is no COVID-19 restrictions. At the moment, I'm not sure when I will get back there.

There is something one can learn from just about every person on this planet, regardless of age or background. Never write off someone until you have had a chance to meet and interact with them.

I make the several unoccupied rooms at my house available to other travelers, but because I myself am away for a lot of the time, there is often (usually) a problem of schedule conflicts with some of the requests I have had.

The main guest room has a double bed, and also a couch which clicks into second double bed. The room has a private (en suite) toilet. So, up to four people can stay in the room.

My first Couchsurfing experience (with another CS member) was in summer 2009 in Belarus. A fantastic experience in a new country. (This Couchsurfer later was here in California for his first visit to the US.)

However, as a traveler I have used Couchsurfing as a way to find locals for drinks or dinner so that I can get some tips about things to do and see that I won't find in the commercial tourist guides.

Most of my hosting has been for non-US students who are in the US for short-term study or Work-and-Travel and who pass through the SF Bay Area, perhaps the most stunningly beautiful intellectual mecca in the world.

Sports (obviously--that is what I report on), computers, music, travel. Had advanced study in the sciences (PhD Chemistry from Berkeley) and enjoy conversation about related topics.

Non-fiction (history and biographies), most movies except for sci-fi, classical music and also some pop music from not later than the 1980s.

I spent two days hiking around the paths at Iguazu Falls (in both Argentina and Brazil). Amazing forces of nature. Since then, I spent eight days hiking and camping in the varying terrain in the southern half of Namibia. Perhaps the most amazing thing about my infrequent visit to the Southern Hemisphere is the incredible number of stars in the night sky compared with the Northern Hemisphere.

This autumn I have a short trip to Iceland planned, to see some former students who were at Berkeley in the last decade.

Last summer (2016) I drove in a car from Berlin to Kaliningrad (Russia), and later I overnighted in the unusual disputed area of Transnistria (Moldova).