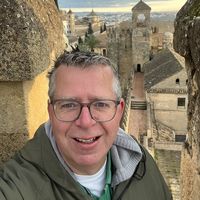 After living and working in the Netherlands I decided in 2011 to move to the sunny island of Curacao where I worked as an IT guy.
My home is still there, but I partly live in the Netherlands as well and I am traveling more often.

I am not a party animal, but I do like to go out for a drink or dinner, but preferrable at places where conversation is still possible.

I did a lot of hosting while I was on Curacao, but now that I am traveling I like to join events and the hangouts to meet people of all cultures.

I have been a high school exchange student to Ft. Worth, Texas in 1989-1990.
And I worked as a volunteer at an orphanage in Morocco.