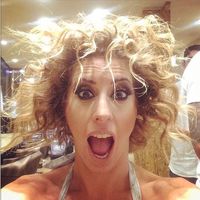 I quit my job as a software sales director in Istanbul last year, knowing there was more to life. I needed a change. After much introspection and talking with friends, I decided to go to the States to study English. After some research, I went with San Diego. It was a risk as I had never been to the States, and didn't know anyone in San Diego. But through the CS community, I have made friends I will never forget.
I have been in San Diego for almost 1 1/2 years, but it is time to go back to my home country of Turkey. I miss my friends, family, food, culture. I leave San Diego on 29 August, but not without a detour on the way. I will go to Iceland for 12 days, Greenland for 4 days, Germany for 3 weeks.

I've been on over 500 scuba dives. Yeah, a little obsessed. :-)
Snowboard, jogging, swimming,