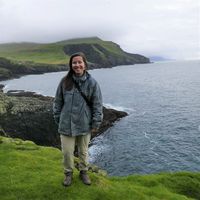 My life goal is to accomplish what James Raffin did in Circling the Midnight Sun. I love adventure travel and learning new languages. Currently won’t be travelling until mid next year but am able to host.

To see more of the world, meet new people, and learn more than I ever could from people who really are experts and fun about it! Life is more interesting on CS than any hotel.

There's nothing better in the world for me than hiking in places with beautiful landscapes. If I can do it in a place where I'm learning another language, the better.

- Travelled from Argentina to Alaska overland for six months between February 2017 to August 2017.
- Hiked up to the largest active lava lake at the summit of Nyiragongo Volcano in the Democratic Republic of Congo and camped overnight at the top. Though I'll never know if the radio chatter between our armed guards was indication of a nearby rebel group who just wanted to say hi. (I'll imagine it)
- Went on a five day silent meditation retreat in Spain.

A dwarf cat is also called a Munchkin cat or a sausage cat.

After about 150 mosquito bites, your body slowly learns to adapt and stop significant swelling (well, that's what the mozzies in Yellowknife taught me).

If you come to Toronto, I can show you some trails in the city to go exploring.

Stories from around the world. I can make North American pancakes, or European ones on demand.

A place to crash if you come visit Toronto sometime later (it's the least I can do!).