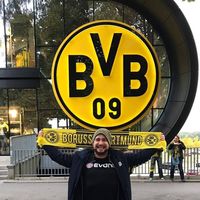 For those who care: I had Corona Infection October 2019
Vaccination Biontech/Pfizer January / February 2021

Before you wanna see my Profil and maybe send me a Request I wanna make sure some things :

1.The first rule is we don`t talk about the Fight Club

2. I know my Name sound that I am from Turkey, but I am not (sometimes people write me in Turkish directly even If I say in my Profil English, German and my Mother Language Bosnian)

3. I really deeply hope you here for the real Spirit of CS and not only because you impress of my Reference or need a free couch or a place to leave you stuff while you in the city.

4. If you useing something (Kitchen,Shower,Toilette,Dishes etc.) just leave it how you found it !

5. Please take you Shoe`s off when you enter my flat.

6. I know some Members don`t Host CSer if they don`t have any Refrence, but I don`t care, every Start once and also after the stay with me if everthing was cool - I always write a Ref. to help them to find a Couch in the next City. But the Idea of CSing was to Host 1st then Surf ;) Think about it !

7. I know some People are using this for the First time, but sometimes CS ask me "How much we need to pay?" I think when you start you sentence like this you WRONG here. This is not Hostel or AirBnB. I hate to say it - but is free but as I said already if you using it just for this I think this is very sad and wrong way to use a Gem like CS for this Reason. Or at least be honest to me.

8. I had some "we need a place to stay for 2 nights" or "we need a couch,can you host?" or "Me, my Boyfriend and his Friend are comeing, we need 3 Beds!" or People send me Empty Message...try that you Message is not Copy/Paste (I had also that People forget to change the name so the Message start with "Hello Steve, I am bla bla bla...sad,very sad). Because I have many Request and mostly full all the time because I try to "pick up" the "right one`s" from the Normal Tourist People who wanna try it because it`s free. So be different, maybe a Joke, some sentence about you, send me nude´s hehe... and it would be good if you tell me about things that you like, don`t like, let me know if you need some Information,maybe also why you choose me if Vienna have 50.000 other Hosts ? Thanks Steve xD

9. Let me please know at least 1 day before if you really comeing (I always give my Whatsapp so be nice and send a short msg if you really comeing or not)or you place will be change for somebody other. Also more then 1 Month is to hard to plan for me, so people who send me "We will come in 2 or 3 Months to Vienna, can you host!?" - when I started CSing, I was OK with that too, but had some struggle with that so if you "need to travel" like this better find some other Host instead then me ;)

10. Please send me a Request and NOT a Message,because if I accept it don`t show up on my Front Side - and please if you send a Request and I accept - CONFIRM it on CS !

11. I dont watch TV since almost 5 years, so "Multimedia Follow Me on Instagram Shit" doesn`t interesting me, and I don`t have Internet in my flat, yeah you read it right - no WI-FI in the flat. Talk with a beer with you Host and probably other Guest`s and not starring in the Phone. That`s rude bro/girlBro :D

“Happiness [is] only real when shared”
― Jon Krakauer, Into the Wild

Couchsurfing isn’t free, but the potential memories are priceless.

I hope You didn't find me just because you wanna save accommodation :(

The goal isn't to live forever, the goal is to create something that will.

I was born backwards. It kinda affected my personality :)

It's allways hard to tell something about you, I think I'm the typ of Personal, when I see somebody is not so good feeling, I allways try to make them laught and push the mood up with some Jokes, so I'm allways the "Joke Guy" in my Friend Circle. I like to meet new pepole - different cultures,gain new experiences. Be different !

When you take care of yourself and make sure you’re happy, you’ll have a good life. You won’t be jealous of others. You’ll smile every day. And most importantly, you’ll have the resources and time to help others.

Judge a man by his questions rather than his answers.

There are seven days in the week and "someday" isn't one of them.

Don't be a Tourist, be a Traveller.

Excuses are always the wrong answer.

It`s the maybes that will kill you.

Be the type of Person you want to meet.

Once a year, go someplace you`ve never been before (Dalai Lama)

Life is simple, you make choices and you don't look back.

It's not always necessary to be strong, but to feel strong. (Jon Krakauer, Into the Wild)

Doubt kills more dreams than failure ever will.

Ask yourself :"How will my life make the lives of other people better?”

I am a dealer. A hug dealer.

I saw a Commercial on the TV a few year ago, people drink and haveing some Coctail on the Beach, everybody has Jobs, laughing, no problems, everything is just perfect and I told to myself "Fuck, I wanna the same exp. like this Hipsters" so first I remember I write into google "Couchfriends" xD But in the End I found what I need - normal people, beer, deep conversations about life, make dishes together - so I say FUCK that Beach :D

I try to host from every Country at least 1 CSer and also I take Pics with them as a Tradition. I think is great when you watch them after a time and fall into great memories about them.

Music, Movies, many (dark) Jokes &amp; Laughts, Friends, Concert, Couchsurfers ... it's like "Music On - World Off"

Pushing Old Granny`s in front the Metro,give sleeping Baby`s Beer Bottle`s in the Hand and a littel Cigarettes in the mouth and make a picture - so they look totally wasted,dynamite Fishing, Hunting Vegan People. (If you read this with a open mouth face you don`t understand my sarcasmus - please skip me) xD

*Actor at my University (Parody of "The Sorrows of Young Werther",April 2013)

* Part of ARTE Documentary about CS in Ex-Yugoslavia (Mostar, July 2013)

*My very First Day in my Work as Nurseassist in Hospital (Vienna,2nd May 2016)

In my language we have a word called "Rahat" and this is all what you can't buy with money (Good Fellings, good Moments in your Life, Friends, Family,feeling very comfortable,laid back) and when you don't have trouble and problems in your life ... and every Surfer that stay by me 1 or 2 or more nights make me very happy, because I love to have long conversations with People, show them my city, tell them what "being a Bosnien in Austria" mean :D

Of course some tourist stuff but also some "special corners" in Vienna what is not on the Postcards ;)

I like to learn from Family &amp; Friends, CS Friends, older People - even Strangers.

(Strangers - Friends that you don`t know yet) :)

I learned that who doesn’t look for you, doesn’t miss you and who doesn’t miss you doesn’t care for you… that destiny determines who enters your life but you decide who stays… that the truth hurts only once and a lie every time you remember it. There are three things in life that leave and never return: words, time and opportunities… therefore, value whoever values you and don’t treat as a priority whoever treats you as an option.

Kidney,Food, Drink (again Beer is always good when you with me) :D
Storys, Memories, Music, Dance... in one word my LIFE !

THIS is the last Sentence what probably not everybody will read but PLEASE DON*T write me if you just wanna have a couch or other side be fucking Honest and tell me "Enis I travel low budget bro, really just need a place to sleep, I wanna see the fucking city" sooo I know I don`t need to put my Energy or Time in this "JUST NEED A COUCH CSers" - but ask yourself "Why I am with Enis then istead Hostel?!"

*There is a Question what you can think about it before we meet... the Question is "What is the whitest thing about a black man?" (Sarcasm) ;)

My kind of humor : "So I was raping this girl the other night and she gave me aids ! How does a 9 year old girl get aids? I guess my sister has been hanging around the wrong crowd." Thats the level we talking about. If it`s to much skip me :P