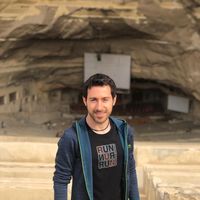 I'm an active person who likes to try and think of everything.

Coming from social movements and having managed a network of 60 countries, currently I'm building an artificial intelligence startup in Barcelona as a Head of Growth.

In case I couldn't host you for any reason, I'd be glad to meet you anyway :)

I want to meet great people all around the world

- Represented an international organisation at the European Parliament
- Trained people from 28 countries
- Earned money with an internet project when I was 13 years old
- Created a language course on Duolingo with over 350,000 learners
- Was recognised as a social movements expert and national leader by the European Youth Forum
- Founded the biggest Esperanto youth club in Europe
- Read 100 books in six months (and wrote an article about it)
- Raised half a million euro in public grants