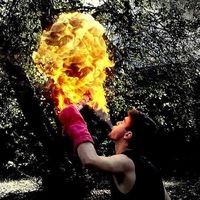 I find truly hard to describe myself in a "written form", without giving a easily misunderstandable impression, and I also find hard to believe that someone could write "all about himself" in a thousand words.
Basically i find things.
All joking aside, I am an Italian so, as every italian, I am always torn apart between a deep shame for my country and a immeasurable love for lasagne (yes, it's usually plural). Out of the metaphor this means that even if i wouldn't like to admit it, I am a loud person, not particularly bright but solar, and someone that might be able to cheer you up. However, as i wrote in the "preface", I don't think I could tell "all about me", so if you are curious, or you're bored and you want to kill some time, just drop me a message and let's have a random conversation. I don't usually bite anyone.
Last august I decided to start a one-year-trip around the world, in order to better understand the marvel of the cultural differences in multiple countries, so that's what I am doing at the moment!
My biggest vice is probably my incorruptible jester nature, which doesn't allow me to take things too seriously, and if you think it's not such a big thing, then you are not my ex girlfriend.

I used to run after my dream, but when I reached it, it turned out it wasn't him

Sadly, when you hitchike, It's pretty hard to make a plan of where are you gonna be in a week. However, when I had the possibility, I used this website and the people I found were simply brilliant!

I'm studying to become an actor, so I love movies and theatre plays.

I've seen the aurora when I went to north cape and the image is so beautiful that it is still in my mind, perfectly clear

I love to learn unusual jobs. So far I've been a fire-spitter, a toilet cleaner, a butler (this one is funny), a coffee roaster, a translator and, of course, an actor. I can teach you any of those things, and also, following the cliché, how to make a not too bad pasta.
I am open to learn anything strange!