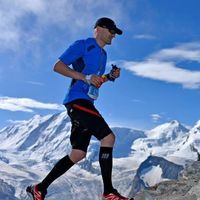 Planet Earth is my country. Trail running is my idea to explore it but now I can only ride on a bicycle or hike. I learn from people from other cultures. I respect all people.

I like meeting people from all over the world. Their visits to my city force me to explore less known places of the place I live in :)

J.S. Bach is the master. "Lord of the Flies", " Master and Margarita " and Dostoyevski. "Blow up" by Antonioni, "Ladri di Biciclette" by Vittorio de Sica, "La Strada" by Fellini, "Annie Hall" by Woody Allen and "Adam's Apples" by A.T. Jensen