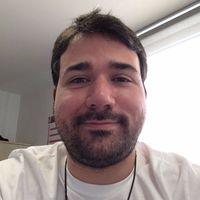 My name is Ethem. I am from Turkey. I am a computer engineer and I like computers a lot. Had been using computers since 1992. At the moment I work for a company who works for a bank. My role ise datawarehouse and legal reporting architect. I like to go skiing. Every year I go skiing at least one week. Had been to French Alps, Germany, Bulgaria for skiing. In Turkey I had been to almost every ski resort.

I have a taste for wide genre of music. Generally I prefer electronic and metal music. I like japanese music also. Nowadays I am listening to Kyary Pamyu Pamyu, Nanahira, Wednesday Campanella, Dempagumi, DAOKO..

I am an ordinary person. I don't recall anything that I had done which I would call amazing. If I was forced to list, I would say, learning to ski after age of 30 and trying self-learning japanese were the things that I am trying to achieve.