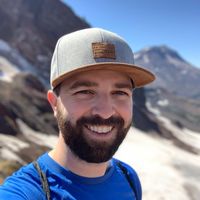 CURRENT MISSION (Portugal - Greece)
September 2019: After a year of working and traveling around the USA, I'm ready to embark on my next international adventure! Sunny beaches, starry-eyed desert skies, mysterious jungles... where should I head to next??

June 2018: Back in sunny California for a while recharging my batteries. Would love to meet up with anyone passing through the San Francisco area!

October 2017: Just moved to Budapest for my first time and excited to make some new friends to help me explore the many ruined pubs, amazing Hungarian cuisine, share some laughs and fall in love with this amazing city.

June 2017: Heading across the sea to Asia to chow down in the bustling Metropolis of Singapore, and navigate through the whimsical jungles of Vietnam.

Ever since I moved out of my hometown for the first time when attending college in Chico, I have gained a newfound passion for living life to the fullest, making the most of every moment and experiencing all that life has to offer. Traveling is single handedly the greatest way to embark on new adventures, meet exciting people, experience different cultures, grow as a person and have stories to tell my kids!

Right now I participate by traveling around and meeting fellow Couch Surfers, and bringing my infectious humor and adventurous personality into their life.

Couchsurfing has found it's way into my life in almost a dozen countries in Europe, Asia and North America. It has lead me sing on live tv in the #1 gameshow in the Philipines, sampling rare, exotic meats and whiskeys in a backroom Japanese Karaoke bar, spicy Salsa dancing in the heart of Latin America, and most importantly, my Couchsurfing experience has opened up a whole new world of so many awesome new friends in places I never use to even dream I'd visit.

Always Sunny in Philadelphia, The Office, Parks and Recreation, Outsourced, and too many more to name here.

Floated with tens of thousands of college students down the Sacramento River, basked on the black sand beaches of Hawaii, backpacked across the summer terrains of Europe solo, worked with nuns to build houses in Mexico, celebrated my 21st birthday getting sinful in Sin City itself (Las Vegas), "When in Rome, did like the Romans did" and boogied my ass off at legitimate Toga party, sailed among the high seas from Spain to Italy, hiked 50 grueling miles through the beautiful national parks of California, rode an elephant through the jungles of Laos and tucked it into bed, raged at the Super Bowl in New Orleans during Mardi Gras, practiced sword fighting in Japan with an authentic ancient Samurai blade, guzzled down gallons of beer at Munich's own Oktoberfest, and competed in the Philippine's national #1 game show (I'm famous!!).

I am a lifetime Northern California resident. If you've ever dreamed of visiting California and catching some waves, hunting down your favorite celebrity in Hollywood, or getting in touch with Mother Nature, I've done it all and can teach you the ways of the true Californian culture, "brah". I am also a triple threat musician- singer, pianist and drummer- and can show you a thing or too about becoming the next American Idol!!!