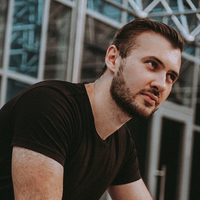 CURRENTLY IN VLADIVOSTOK, RUSSIA
______________________________________________
I grew up in the Russian Far East, the marvelous place with dope people and great nature that I highly encourage everyone to see. I'm currently in Vladivostok, but I lived abroad for quite a while: spend an aggregate six months in South Korea, did a Master degree in my beloved city Budapest, worked as a journalist in Washington DC, and, in general, traveled quite a lot (and not gonna stop so far). Hit me up if you are around, looking for a company, a guide or need some local advice - I might not be available that day, but certainly, will do my best to respond.

- Everything about photography and video editing. I would say I'm just an amateur, but I certainly love it (my insta is @kurziket)
- Traveling, especially backpacking. I love spontaneous trips and never mind grab a random ticket to the middle of nowhere
- I am always up for new languages even though I am too slow to be fluent in anything besides English and Russian
- Exploring abandoned places like fortresses, old factories, hotels, hospitals or underground tunnels
- Certainly movies

- watched the concert of "The Neighbourhood", hanging on the 3 meters fence with shouting security guards next to me
- visited 32 states in 18 months while living in the US
- did a rope jumping
- spent a night on streets of one of the most dangerous Mexican cities (and was almost robbed next day in some bad neighborhood)
- made a stag party in the abandoned military fortress in the rainy night - and was about to get lost on the mountain's top with the car stuck in a mud
- walked on the live coals with the pagan shaman
- sleeping in the park while there was a burning car next to me at North Carolina