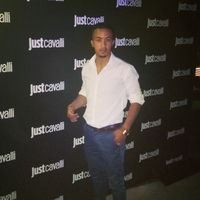 I've start to travel after the High school when I was 18 years old.

To share moments with others.
Everyone has is own history.

My experience ,and the positive vibes to travel.