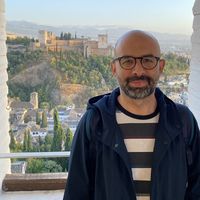 Hello travelling friend! Barcelona has a pickpocket problem, so watch your wallet and phone in public (transport)!

“Travel is fatal to prejudice, bigotry, and narrow-mindedness, and many of our people need it sorely on these accounts. Broad, wholesome, charitable views of men and things cannot be acquired by vegetating in one little corner of the earth all one's lifetime.”

Recommended travel card in Barcelona:
T-Casual card: a little more than 8 euros (in 2023 it will be 11,35 Euro) Individual bus/tram/metro travel card valid for 10 journeys from 1 to 6 zones. In the case of one-zone cards, passengers have 75 minutes between the first and last validation when changing lines or mode of transport. This time increases by 15 minutes for each zone. Not valid for Aeroport T1 and Aeroport T2 metro stations on line L9 Sud.

Free to do in Barcelona:

Meet me in plaza Catalunya (my office is there) or Gracia or Diagonal avenue or Sants to get a drink :))

Go to museums on Sundays for free (some on Saturday afternoons too). Lots of them have free entry, especially on the first Sunday of the month.

Visit the beaches and parks
You'll eventually find one :)

Walk through the picturesque Gothic Quarter
This postcard­ pretty section of the city is 100% free of charge to walk through, and is full of top attractions like the Cathedral and Placa Reial, delightful hidden corners squares, like the Placa Felipe Neri.

Give your eyes a feast at the Boqueria Market
…or at any of the city markets, like Mercat Galvany next to our place.

Walk around Montjuic
With a selection of parks, gardens, and fantastic views of Barcelona, you can easily spend an entire day enjoying the treasures dotted all around the mountain. Oh there's also the Magic Fountain.

The Born Cultural Centre
It’s a former public market that was built over the ruins from the 18th century. Recently, the ruins were exposed for visitors to see.

People watch in Placa Reial
Honestly I go there only when I get great Turkish food from Mustafa’s next to it.

Check out Poblenou’s street art scene
Has some impressive murals.

Go window shopping on Passeig de Gracia
Many designer shops and Gaudi buildings, making it the ideal place to simply stroll and take in the sights.

Kick back and relax at the Parc de la Ciutadella
Between El Born and Poblenou is very popular with locals. Normally, there’s some sort of impromptu music or party going on here too. Take a picnic and enjoy!

Get lost in the Encants flea market
More than 500 stalls!

Take in the views from the bunkers at the Parc del Guinardo
If you want dramatic selfies with the backdrop of the city behind them :))

Head to a summer street party
If you are lucky enough to see Correfocs even better!

Check out the Olympic Ring
This Olympic Park built for the 92 Olympics. The tower is a landmark!

Enjoy the diversity of the Raval district
La Rambla del Raval has to be one of the nicest streets in the city, but don’t get pickpocketed ^^

Ramble on Las Ramblas
Beware of pickpockets whenever you find yourself in a touristic zone!