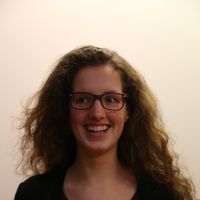 A friend of me showed that the best way to introduce yourself is not by stating the usual (age, city, education, jobs etc), but instead by telling about your parents and how they raised you. My parents both grew up on farms and profited from the Dutch emancipation wave in the sixties and seventies to study. As such, they always provided me and my elder brother freedom to roam around and experiment in life.

With this background it was quite natural for me to become interested in various perspectives and cultures. This interest in society is also the reason I like to travel in non-touristic ways by meeting locals. Historical gems usually don't tell much about the current society.

In my spare time I also enjoy doing sports. I love hiking, swimming and cycling through nature. As a Dutch person, I'm impressed by every non-flat surface out there, which makes the world a very beautiful one.

To get to know more about the lives of people in different parts of the world compared to a 'superficial' touristic visit.