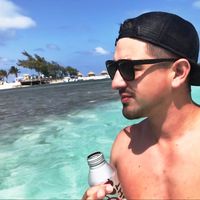 CURRENT MISSION 50 countries before turning 30. Progress — &gt; Update 2021: 61/50
ABOUT ME I'm very easy going guy. Love the long talks as much as the parties. I’m sport friendly, specially surfing... Currently living in viña center, my place is a good located small apartment with balcony, private room is available for you
PHILOSOPHY If you don't surf, don't start. If you surf, never stop

HOW I PARTICIPATE IN COUCHSURFING Hosting, surfing, going to meetings.
COUCHSURFING EXPERIENCE A lot !!

Surfing in the Chilean coast; Biking the Death Road in Bolivia; sandboarding in the Death Valley in San Pedro de Atacama; trekking into the Las Torres del Paine National Park; swimming in a old mine in Novi Sad, Serbia; Car trip through the most part of Eastern Europe; discover the Balearic Island by car. Sightseeing in Barcelona, London and Rome; Sail in front of the Iguazú falls in Brazil; walking into the deep Amazonia; Rafting in the Sacred Valley trough the Orubamba river in Perú; smoking weed in Cristiania (Copenhagen), Denmark; Red light district in Ámsterdam; Craziest parties in Reeperbahn (Hamburg); get in at an unknown apartment a get one of the funiest parties in my life in Berlin, with all unknown people; Drive in Vienna; the blue church in Bratislava (weird); meeting a girl on board a flight; (no more details); tour in Devin Castle's ruins, Slovakia; Carry on a death girl until the ambulance; Visit Auschwitz, a Nazi camp in Poland; working in the world's largest mine; Duck Diving from 10 mts; Catched by the police in Prague while I was sleeping in my car, coz they though we were stilling the car; Electronic party in a old turkish fortress; The alps landscapes in Switzeland; the birth of a whale; a bridge Jump; Survive to the 2010 Chilean Earthquake and Tsunami; cross the baltic sea by ship, inside of a train; Electro party into a cave in Cartagena, where pirates used to hide their treasures; the floating island inside the Titikaka lake Bolivia; the view from the higts of machupichu; My face at the mirror after 3 days partying; fancy party on the roof of Mandeleys Resort in Las Vegas baby!; lunch at 160 mts over the Niagara river on the Skyline with view to Niagara falls canadian side; New York Highest buildings view ( empire state &amp; top of the rocks); Visit Bernabeu and Camp Nou; Arizona's Grand Canyon tour; Biking over Golden Gate, San Francisco and very long list of amazing and crazy situations, dance samba in Rio, diving in angra do reís, Brazil, 3 days into The desert tour inside uyuni flat salts; Stucked in The Torre Eiffel Lift in París; Swimming in Blue Lagoon in Malta; Deal in MonteCarlo Grand Casino, Mónaco, swimming with the big creen turtle in Ecuador; old ride tour in La Habana, Cuba; vivid light show in Sydney, storming trip by ship in Thailand, share a snake and crocodile meat with local people in Cambodia, Halong Bay Cruise tour, Vietnam; Motobike trip in Indonesia, cross the streets in Hanoi; the best weekend in Punta del Este Uruguay; Carnaval de Río de Janeiro... I have short term memory that reason I try to put some memories here :p

I want to practice English
I can teach you, my music, my food, drinks and my city
I have guitar and some musical instruments
I can share my bike for sightseeing
I have two surfboard if you wanna try.