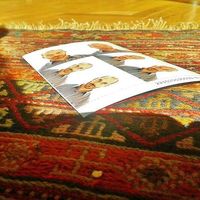 ENG Hi all, I grew up in the warm South of Italy, where hospitality is a kind of sacred thing; I used to live with several persons from all over the world during my studies, in Salerno, Bologna, Ljubljana, Istanbul, and it was the biggest richness ever. The world is full of good people and nice things to experience.

HOW I PARTICIPATE IN COUCHSURFING I have known the website since 2007, when a flatmate hosted a canadian traveller. Then I used it for the first time when looking for an accomodation in Bologna (Italy), and my CS adventures started. COUCHSURFING EXPERIENCE I have already had some couchsurfing experiences in Bologna, Eskisehir, Izmir, Nevsehir, Antalya and lots of other similar hosting/hosted friends from all over the world

drinking good wine and eating good food while listening to good music. Talking about everything, books, habits, languages, arts, even though I'm not a big sport follower. I like swimming, instead, jogging, some gym, volley. Open attitute to new things

Music is my greatest passion, I could have my headphones on for hours. Piano, trip hop, funky, electronic, bass based music, traditional one, classical, opera, and voices solo. I like singing and recording for fun and love jam sessions.

Walking alone about 50 km in 3 days through the amazing paths of Kapadokya in hot turkish summer, destroying my sneakers and coming back to Istanbul with slippers .)

I can teach italian, i'm trying to learn turkish, and I love to share music, books and traditional food recipes .p