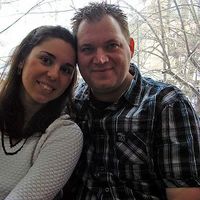 Hi, my name is Frank. I am a Dutch guy who was born in Rotterdam where I lived all my life until I moved to Dublin, Ireland. There I had a great time for nearly two years before moving back to the Netherlands. Now I am on a new experience and living in the Bulgarian capital Sofia.

I am a fun and social guy who has a lot of friends and who is able to create new friendships easily. I love to party and basically I am always ready to go out when I'm in my free time. So if that is what you are after, that is what we are gonna do :) Apart from that I enjoy anything else that cool people like to do. Enjoying fun stuff with Couchsurfing people is even more fun in general, so obviously I do meet up with other Couchsurfers very often. That means, that besides meeting me, you are almost guaranteed to meet even more Couchsurfers.

--- --- --- ---
to do and to watch sports. I like to watch pretty much every sport there is, either on television or in real life. The Olympics can give me total enjoyment as well as other huge events like the European and World Championships in football (soccer). The performances of sporters, the progress they are making throughout the years, the strength and motivation in their faces while participating, the excitement in their faces when they win, and the sadness in their faces when they lose totally fascinate me.

Apart from all the watching I also like to do sports myself a lot. I have been doing many different sports since I was a little kid like: korfball, tennis, cycling, athletics, swimming and of course football. Right now I still cycle a lot and my activity passion right now is badminton which I practice for 6 years now. Besides that I also have my own pool table and I like to play poker and darts for instance.

Sports are great as they unite people, sports bring people together and sports forces people to get to their ultimate goal in life. Sports are not just very important for me, but in my opinion they are important for everyone.

Since 2006 I'm really into photography and my goal is to become better in that and keep improving my skills. I mainly focus on festivals and events, but I basically photograph pretty much everything. I have my own website, but this is currently still under construction. I'm making some money out of it, so I guess I'm doing fine, but of course it could be improved.

I've traveled quite a lot already, but there's still so much more to see, what makes me think I will never finish travelling.

Life should be fun for everyone! I try to make the best out of my life by making fun myself but also trying to help others out as much as possible. I'm a very open and loyal person and I can get along with almost everbody. Couchsurfing offers me the perfect solution to enjoy my own life even more and make the life of others more enjoyable at the same time.

- I host a lot of people
- I have surfed quite some couches
- I organize meetings
- I attend other meetings
- I have made a lot of friends
- I have been a Couchsurfing ambassador since 2008.

I stopped counting after I hosted 212 people, a dog and a cat. Surfing 29 couches with a total of 74 nights. This is until March 2010, afterwards many more people followed. Unfortunately my created list got broken down by limitations on the CS website and I lost a whole bunch of information that way. For more details and information I suggest you to check my friends, references and vouches. The craziest thing so far was hosting 35 people on the same night in Dublin, during St. Patrick's Day 2010, simply amazing.

As I'm totally crazy about travelling and meeting new people over and over again I joined this website with enthousiasm. However it took me about a year to take the step and became finally active as a member. Since then I have been hosting a lot of people and I have attended quite some meetings in several countries. When I travel myself it depends on my company if I will use CS or not, but I can tell you that I'm now totally addicted.

I have offered a place to sleep to anyone who was willing to travel to The Netherlands and Rotterdam in particular. I didn't mind having five to ten people over at my place at the same time as long as they didn't mind sleeping at the floor. Besides all this I also organized quite some meetings, mainly in the Rotterdam area.

In Dublin me and my friends created a Couchsurfing friendly house in which we were hosting hundreds of people and house parties with hundreds of people visiting every two weeks. We nicknamed it the Couchsurfing Palace, which was a very famous location among Couchsurfers in Dublin. As mentioned above, hosting 35 people for St. Patrick's Day 2010 as a maximum for one night was absolute madness, but such a great experience.

I like all kind of movies and from 2007 to September 2009 I had a membership with my local cinema in Rotterdam, so I had unlimited access to see the movies for a reasonable fee. Before that I actually hardly ever visited the cinema, nor did I watch a lot of movies, but since then I went at least four times in a month.

I also like almost all kinds of music, although all types of music do have their likes and dislikes. I am not a fan of any band or artist in particular, but there are some that have quite a large number of songs that I like.

I have been on quite some cruises and I still think that's a wonderful way of travelling. I've been visiting the UEFA Euro 2000 and the FIFA World Cup 2006 as big football tournaments, but I was also at the 2002 UEFA Champions League final in Glasgow. I had the time of my life during the Euro 2008 football Championships in Switzerland and Austria where I met tons of amazing people using Couchsurfing. Then I took the step to start up a new life in Ireland and I couldn't have made a better choice. The Black Eyed Peas were supporting me and were telling the right stuff. I was having the time of my life, in a city where it is indeed, Monday, Tuesday, Wednesday, Thursday, Friday, Saturday and Sunday.... Party every day, party every day! I had a feeling every night was gonna be a good night and I was not mistaken! Wow!! What a city, what a great time! The latest amazing thing to be part of were the 2012 London Olympics. I stayed there for the complete three weeks using CS and couldn't hope for a better time. I can continue this with probably many other amazing things I've seen so far, but I probably can tell you more of this in private. I'm interested in travelling all over the world. I would like to see all interesting stuff, although I know it will never happen to see all of what is out there to see. I also really do enjoy events like parades or sports competitions which I do love to cover with my camera.

I can tell you a lot about The Netherlands and Rotterdam in particular. I created my very own city tour when I lived there and it was probably better than any other city tour you can find in Rotterdam. I showed many CS'ers around doing this tour. Also I know plenty of Ireland and Dublin in particular. If you ever want to travel to Ireland I will be able to give you loads of tips on what to do, where to go, and much much more. Hopefully soon I can say the same about Sofia and Bulgaria. When I have couchsurfers coming over I try to make as much time available for them as possible as to me the main thing about CS is to get to know each other instead of being a free hostel. Those that don't like company during their stay should probably go and visit someone else.

I'm trying to know and learn about almost everything in life. You can talk to me about anything and we might be teaching each other quite something. I love to learn basics from a different language and I'd like to become better and better in photography, so if you are with me and you do have any tips you better tell me instead of keeping your mouth shut :)

At the moment I would love to learn Brazilian Portuguese. I met so many Brazilians during my time in Dublin and I think these people are generally so wonderful!! Some of them started teaching me some basic Portuguese, but I am only a beginner at this stage and I would like to develop my skills further. Some day I want to go to Brazil. To live there for a while, or to travel there for a longer period. I heard so many good things about the country, there's no way I am not going there at all :)