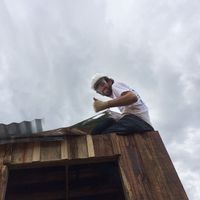 I'm an italian architecture student from Rivignano, a little town in Friuli, in the North-East of Italy, but I'm living in Ferrara now. I've lived in Brazil for a year and a half as an exchange student of a double degree program. During this period I worked as a volunteer in favelas. I'm a magician, too, I will show you some magc tricks!