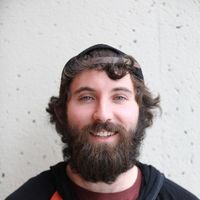 Hey everybody! Gonna try to keep this section short but informative. I'm a 21 year old student who spent a year at Drexel University studying computer science, and a year working for NASA, before realizing I wanted to do music full time. So I'll be moving from ROC to San Diego this August, where I'll be studying music technology at San Diego St. I spend almost all of my free time producing music, for my own indie project "Your Name Here" and for a couple other local musicians. My other interests include hiking (usually up in the Adirondacks), awful low budget horror films, and disappointing my friends and family on the reg.

If you're still not fully convinced I'm a relatively normal person, I encourage you to check out my Facebook: https://www.facebook.com/garrett.eckl

So I'm gonna be taking a 10 day road trip from Rochester to San Diego this August before I start classes. Probably will spend a few nights in my hammock out in some national parks, but once I get tired of sleeping in a cocoon, I'm looking for some friendly strangers to potentially take me in for the night! It's not that I don't have the money for hotels, but I'm really looking forward to meeting some people from all around the country, and hopefully getting to hang out with y'all and do some cool stuff.

(I know I just listed Arcade Fire, A Wes Anderson movie and Wuthering Heights but I SWEAR I'm not as pretentious as that makes me seem)

I once accidentally shutdown the entire Orlando Airport. I swear on my life. Let me stay at your place and you will get to hear the entire tragic painfully awkward heart wrenching story for yourself.

I spent a year working for NASA at the Goddard Space Flight Center outside of Washington DC, so I love talking about space stuff! I can also play pretty much any instrument (albeit sub-parly) and will have most of them in my car if music is ya thing.

My endless supply of sour gummi watermelons
+
A surprisingly average Wonderwall cover (acoustic guitar or uke, its ur choice bud)
+
The bill at any bar you wanna go to