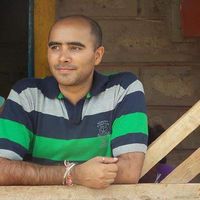 "Humanity to be our religion"

Believe in yourself, never complain and keep learning.

I participate in this great community by organizing meets, trying to help maximum CSfers who are already in Kenya or are visiting Kenya and by being a part of all the regular meetings.
CS NAIROBI FACEBOOK PAGE CLICK ME!!!: http://www.facebook.com/pages/Couch-Surfing-Nairobi/414623851906523

Movies - The Aviator, Superbad, Andaz Apna Apna (Hindi)
Music- Anything that touches my soul
Books - Robinson Crusoe, Great Expectations, Crime and Punishment, Les Miserables, The Gift of Rain, Five Points Someone, The Wind-up bird chronicle, A Little Princess, The Perks of Being a Wallflower....and many more!
Weekend Trips