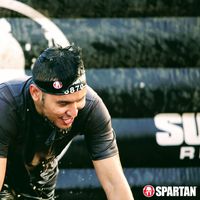 It's really hard to describe me it's better if I just show you in real life , In short I was born and raised in the Philippines. but I decided to move to California for good and now living here since 2010. I enjoy having conversations with different people from different countries, different cultures and learning from them. Listening to live music and having a good time at a concert,camping., Competing in Spartan Race.Hit me up when you visit San Jose, Let's go eat around downtown or go to the beach or hike. I'm looking forward to meet you :)

because I learn more about different countries and meet the coolest people hear their stories, and trying to spend less time at home on weekends.

I had to wear high heels for a charity event, it's called "walk a mile in her shoes" It may seem funny but it's actually a statement about men's roles in ending violence against women and drawing attention to the issue that is connected to strict gender roles and expectations of men. Just ask me about it and I'll be happy to show you some pictures and videos :)) even though it's embarrassing haha