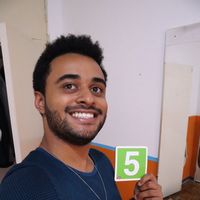 Hi people!
I'm William and I'm into photo and travel (one goes with the other)
And I grew up in France, mostly

I've used CS to organize looots of roadtrips around Europe with my 7-seater car.
You're also likely to meet me at local events, at my place whenever I'm able to host, and at yours if I get the chance to be hosted by you!

To follow the evolution of my own definition of the word "travel", upgrade my vision of the human being over the world, over the years. To build a better-self from what I learn.

Living in London I had this 'roadtrip in Scotland' idea for years but couldn't manage to find enough friends/colleagues to join me. A friend of mine recommended to create an event here, which I did. That's how I found my new favourite way to travel.

Couchsurfing is a travellers' social network, I like its spirit and enjoy as much as I can while it still works!
A lot of people here say that CS is about leaving your comfort zone. They're right...

My CS definition °1 : you can look at a profile, but until you meet and spend time with someone, you don't know them.

According to Spotify : pop, dance/electronic, latin, rock, RandB, world/traditional, easy listening, folk/acoustic, classical, new age, hip hop (...) who am I... Who am I?!

I could teach french or english, and spanish to a beginner without a doubt!
If anyone wants to exchange that for an portuguese class, ☝

I regret I didn't take enough note of all the amazing things I've seen, heard and lived working in airports. Luckily I still remember loads of them :)

Many of the flatmates I've had called me "Masterchef". I'm far from reaching that point, they should learn to cook

I'd be happy to cook for my hosts or just talk about food...

Depending on the kind of trip I am on, I might as well just want to help as I can. I like when there's something to learn.