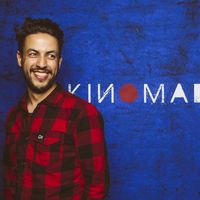 Explore as much as I can!

I would describe myself as a fellow who thinks it's not so easy to describe oneself ...

I host couchsurfers, and show them around the city, haven't started surfing yet, but I'm definitely looking forward to that. I also moderate the Quebec city group, organize, or co-organize events, welcome members ...

I just started being active on Couchsurfing a couple of months ago, but it has been very interesting, so much fun, and exciting since then! All the experiences I had so far are positive, I had the opportunity to meet interesting people, exchange a lot, and hear a lot about people's experiences!

Joining Couchsurfing was a great thing, I am still enjoying the people and the experiences!

I am open to learn anything at all, and to teach and share anything I know!