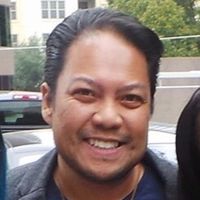 The Hills Are Alive With The Sound of Music

I have a small studio directly across the street from the French Quarter for a Couchsurfer. I have linens and things so that's taken care of. I can host for a couple nights and maybe a few.

I've been a member since 2006 and only recently have been actively participating by having people surf or showing them around the city if I have the weekend off.

I've been a member since 2006 and only this year have been really active in Couchsurfing. I got verified and so far have had a few people surf my couch or I've hosted them and shown them around the city.

What amazes me is the openess and the hospitality shown by Couchsurfer members with each other and the community in general.

One of my most memorable and emotional experiences was being in Grant Park here in Chicago when the United States met their new President. The streets were full of people, laughing and singing. Cars were stopped in the streets honking their horns and music was blasting downtown. It was the only time I've ever seen the streets with this many people and so happy. Listening to President Obama speak was so uplifting.

In my spare time, I hang out with my friends and family, putz around the house. Despite my desire to travel, surprisingly I'm a homebody. I love spending the afternoon home reading a book or listening to music.

I do get out and love exploring this wonderful city of New Orleans. Someday I hope to move to New York.