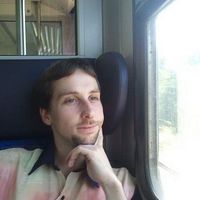 Still trying to visit places I've never been to at least once per year.

Even though I missed out on spending one semester abroad during my university time, I've been around quite a lot.
While growing up in Germany, I've lived in La Grange, TX, when I was 17 and went to High School. I've been to many countries surrounding Germany, as well as quite some places in the United States.
I left Munich in 2015 and moved to Freiburg where I currently live with my wife and 2 kids.

In the beginning of 2013 I surfed in SF, which was one of my most amazing holidays ever!
Later during that year I also started hosting people whom I didn't know; I also often have friends crashing at my place when occasion calls for it.

As of Christmas 2015 I have been organizing the CS meetings in Freiburg together with co-hosts Jenny and now Katharina (the meetings take place weekly).

!! Please drop me a line in your request which shows that you have read my profile and/or the references :)

Apart from the fact that I turned my hobby into my profession, being a Computer Scientist that is, I still prefer having good conversations online.
I do like to cycle in Summer and to go skiing in Winter. I go jogging all year round (there's nothing more soothing than the quiet footsteps in the snow).

I've been into Star Wars in long, The Professional still is my favorite movie.
I'm not that big of a reader, however if there's a lot of suspense I can read quite a lot ("Intensity", "Plea of Insanity" to name just 2)

Looking up Juliet's balcony in Verona and calling a name :)