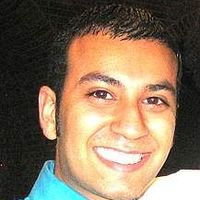 I play trumpet and compose music.
I dance (mainly salsa, hip-hop, African-Indian, bellydancing, ballroom)
I love to cook. My family is from Uganda and I would love to cook Ugandan food for you.

i LOVE movies, music and books!!!
There's too many to list here !!!
Check what 'likes' we have in common here: http://www.facebook.com/nike.dattani