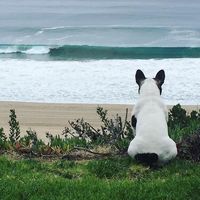 I mean it’s ok to judge people (off they intentions tho!).

It don't f'n matter... We all Angels to some and Demons to others anyways... Nobody’s Saint Baby!! You feel me?
Heaven is where you can’t see the Angels unless you an Angel yo self... ‘Memba dat!
It’s funny (yet sad at the same time) how most seem normal ‘til you get to know ‘em... Ain’t dat right?!?
Like you can't just talk Butterfly language with low life Caterpillar People for instance (am I damn right? or am I f’n right?)
Fact is errbody's just a f'n product of the environment (entourage) they grew up in and you can only be aware of the realities of the world and understand the sh!t around you from your level of perception and education (everythin' you seen/done made you everythin' you are).
Unless you're beamed up on some next level alter ego/twilight zone sh!t or trippin' on some alternate f’n reality (the Matrix).
Just be a good person (but don't f'n waste time provin' it), treat others how you wish to be treated and spread Real Love, 'cause Fake Love (social hypocrisy), worse than Real Hate (what's understood ain't gotta explained).
Real recognize Real anyway (right off the bat!) and just gravitate toward one another naturally (no cheat codes), nahmean jellybean?
Actually, best thing in life is to remain misunderstood when you ain’t owing sh!t to no one!
Mental health and emotional honesty/well being should always be part of it all and at all times when choppin' it up...
Welcome to Urban Neverland Baby!!

As far as hospitality is concerned...

It can't just be like give, give, give or take, take. take... The door gotta swing both ways!

Collecting too many "positive reviews" left and right ain't gon' define your character, they just gon' get yo ass drownin' and trippin' on some unnecessary ego-centric/narcissistic bullsh!t (F'n worse than tats and mirror selfies - Kim K. Style - and the thumbs up/like button combo). Just gotta trust your gut feeling instead and come as you are (au naturel).
In other words... What your intuition tells you is what the Fck is goin’ down!!
Best moments in life are the ones you ain't tellin' a f'n soul about anyways... You dig?

And when talkin 'bout gettin' it down on the low (it’s f’n waaay worse than Tinder and all the other hook up apps n’ sh!t), since the "Fck Boi" population is waaay too damn high on CS and still Skyrocketing as I'm typing in right now... And all that ever since they introduced the app and sh!t got linked to Facebook (old school CS’ers know what the FU€K I’m talking ‘bout).
All things considered... I say there's much more to humanity (heart, soul and spirit) than some promiscuous second hand cheap sex that's gonna f'n bite you in ass when fishing for piranhas (Abrasive Cox/Vajayjays) in the long run anyways.... I'm talkin' STD, Herpes, Crabs, Pregnancy with no love, HIV, .... You f'n name it!
Just tryna raise awareness (for what it's worth anyways), for anyone driven/blinded by lustful desires ... Virtue ain't for erbody tho (most choose decadence/iniquity instead).
True wealth comes from within and you can believe in whatever the fck you want or worship whoever you look up to but Karma is the realest religion... Better watch how you treat people (Ponder on that sh!t for a minute!)

This where I f'n belong (shout out to to Down Under aaaaaall the way!)

My favorite Movies are: Donnie Brasco, Blow, Training day, Wonderland, Carlito's Way, Fargo, 21 grams, Quills, Old School, Hangin' with the Homeboys, Fight Club, Walk the line, Point Break, Boogie Nights, Jason Bourne, Shaft, Kalifornia, South Central, A Night At The Roxbury, The Hot Chick, Eyes Wide Shut, Good Fellas, A Bronx Tale, I am Sam, Don Juan DeMarco, Animal Factory, Felon, Requiem for a Dream, Blood in Blood out, American me, City of God, Good Fellas, Casino, The Doors, Bullet...
Anything as long as it is gang, drugs, crime and especially jail related.
My favorite TV Shows are:
24, OZ, The Sopranos, The Wire, Boardwalk Empire, Breaking Bad, Sons OF Anarchy, Burn Notice, Banshee, Two And a Half Men, Entourage, The Following, EMPIRE, Game of Thrones, Once Upon A Time, THE WALKING DEAD, Ray Donovan, POWER!!!!!!!! Big shout out to FIDDY Cent!!!
Music is my therapy! I grew up listening to bands such Pantera, Korn, Godsmack, Slash's Snakepit, Alice IN Chains, RHCP, Slash's Snakepit, The Smashing Pumpkins, Suicidal Tendencies, Mad Season, 311, Creed, Disturbed, Mudvayne, Ten Foot Pole, Pearl Jam, Cannibal Corpse, The Offspring, Cradle of Filth, Lit, Mother Love Bone, Radiohead, Nine Inch Nails, Filter, Downset., Jane's Addiction, R.E.M, The Doors, Silverchair, 'Tallica, Bush, Kula Shaker, Blind Melon, Fun Lovin' Criminals, Therapy?, Green Day, P.O.D, Black Label Society, Mother Love Bone, Primus, Rage Against The Machine, Fear Factory, Disturbed, Audioslave, Primus, Incubus, Soundgarden, Stone Temple Pilots, Deftones, Foo Fighters, Machine Head, Slipknot... Y'know 90's Sh!t!
In my opinion a lot of bands such Nirvana opened the curtains in 91 and then the studios and record execs shut them tight in the late 90s 'cause at one point in history theses bands ruled the world but It all turned into a one-hit wonder record making factory...
Too bad young people can't make rock music like this anymore.
https://www.youtube.com/watch?v=7UJFewy3XZ0
They were 15 years old at that time by the way. Different Era I guess.
Some old school Icons like Eazy-E, 2pac/Outlawz, Nate Dogg, R.Kelly, Dr.Dre, Biggie Smalls, Joe, Bobby Brown, Mase, LL Cool J, Puff Daddy, Warren G, Ant Banks, Slim Shady, Keith Sweat, Aaron Hall..but as I got older my taste has expanded to a womanizer such Mick Hucknall, George Michael, Prince, INXS, Barry White, Jamiroquai, Ronny Jordan, B.B. King, Coltrane, Down To The Bone...Kinda Sh*t I m not gonna here anywhere but at home, in my headphones or on goddamn stage and that's the way it should be as long as long as it can touch my heart and feed my mind.
Female voices are way too girly for me but there are a few exceptions like Diana Krall, Sade, Shirley Manson, Foxy Brown(Bad Ass), B.Spears(Naughty)and Boy George(he/she)?!!
I gotta say the current state of mainstream music "Radio Friendly" that I hear all the time every time when I m at the supermarket makes me feel even more sorry for future generations. Getting behind such an empty state of music that has turned more into a product than a feeling..
Real music stays relevant.

And Hell Yeah! I listen to Backstreet Boys when I'm home by myself! :-D

Books: I do not read much apart from Dirty Magazines and Catalogs when I'm in the bathroom ... Toilet literature y'know :D

I believe in Freiburg for the greenery (always among the top ten cleanest towns in the world) and Miami (for the ocean, palm trees and white sand) and Los F'n Angeles for all the bullsh!t I grew up identifying with (I always had the spirit of SoCal pourin' out of my twisted soul and always will!!).
Matter of fact... Long Live Germany for the quality health care/education and social justice and The United States of America (For The Wild Wild West!).

She Baaaad (In the name of Love!) Hhhhhh

I post funny/real/motivational/wild sh!t, so you forget about your daily problems and sh!t and motivate/inspire you and crack you up for a moment (sharing is caring!).
Thank me later!