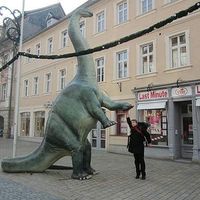 CURRENT MISSION
getting my response rate back up to 100% while having no idea how it dropped so low while I was being inactive and got no messages and therefore didn't reply to them... why couchsurfing-god WHY? :/
not only becoming a doctor, but a well-travelled doctor
currently in med school while working as a paramedic on the side so I don't lose my skills

I'm a cheerful and positive person, slightly crazy at times, always trying to mix things up. I am a total sucker for wordplays and bad puns. If you run into some guy whistling in the street while it is raining it's probably me. And I love fancy hats! LOTS of them! Books are great and expanding ones horizon into many of the secluded little worlds that exist and quietly work around us every day is something I enjoy very much. Every now and then I wish I had been born a few hundred years earlier, just as long as life needs to show how amazing today can be. And my opinion on the human body is that it's both disgusting and truly amazing. That's all folks!

tons of Wilde-isms including:
"Hear no evil, speak no evil - and you'll never be invited to a party."

two fellows from GB visited a friend of mine a few months ago and after I showed them around the city and we had a few drinks and played table-tennis (while wearing hilarious costumes) in our basement they told me I should do this more often. So here goes :)
Basically I can host and/or show you around in Mannheim and I'm ready to cook up something hilarious anytime.

COUCHSURFING EXPERIENCE
surfed and hosted so many times that I lost track of the exact number...
BEST COMMUNITY EVER :)

had a house destruction party once and it was gooood :)

how to not play the bass-guitar ;)