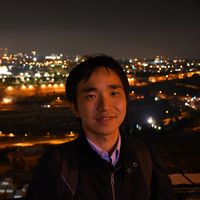 Hello everyone!
Thank you for visiting my profile.
I am Satoshi, originally from Japan.

Currently, studying International Management as master student in France since 2019.

Until today, lived in three countries, born in USA, grew up in Japan, worked in Senegal.

Thus, taking the photography as hobby.

Hope to see you soon!

1)Discovering your culture by meeting and interacting with you!
2)Improving foreign languages 🇪🇸,🇧🇷,🇷🇺, 🇹🇷,🇪🇬,🇵🇱

Discover a lot of things by communicating with you!