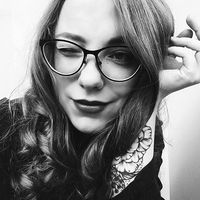 Russian rock-n-roller from Moscow. Having fun by doing PR stuff at Moscow Museum of Modern Art. I also organise and promote concerts of Russian and foreign artists in Moscow. Evenings I spend attending concerts and playing ones too.

I'm very interested in sharing my experience and energy with people who have the same interests as mine.

MUSIC: too much...I'm fond of it. From Jimi Hendrix, Led Zeppelin, Cream, Yardbirds, Bowie to Jack White, Radio Moscow, Acid King and so on.

Became a music and pr-manager at my 20.